Today was easily my favorite day at CSW 63 so far. I attended several amazing panels about/featuring women in political power - a particular passion of mine - and was able to hear from young activists hailing from other parts of the world more so than I ever had before.


The day began with a panel about unpaid work, hosted by Spain at UN HQ. The keynote speaker of this panel was Maria Angeles Duran, a famous Spanish activist, who absolutely blew me away. She discussed four modes of production: capitalist, the state government, volunteer work, and the household, outlining how they each intersect to place a disproportionate burden of unpaid care work on women. In particular, I appreciated the emphasis on creating equal levels of responsibility between men and women in a household; in order to ensure that the burden of care is evenly distributed, men must also feel responsible for the wellbeing of families, children, and the function of the domestic sphere.

Next, I attended the “Women in Power” panel in the General Assembly, which featured numerous female-identifying heads of state, as well as several other high-level women government officials from around the world. I agreed with the President of Croatia when she noted that “There will be no peace without gender equality” and appreciated the sentiments of the Prime Minister of Iceland regarding her remarks that gender inequality is not an accident and, consequently, its attempted solutions must address structural inequities. 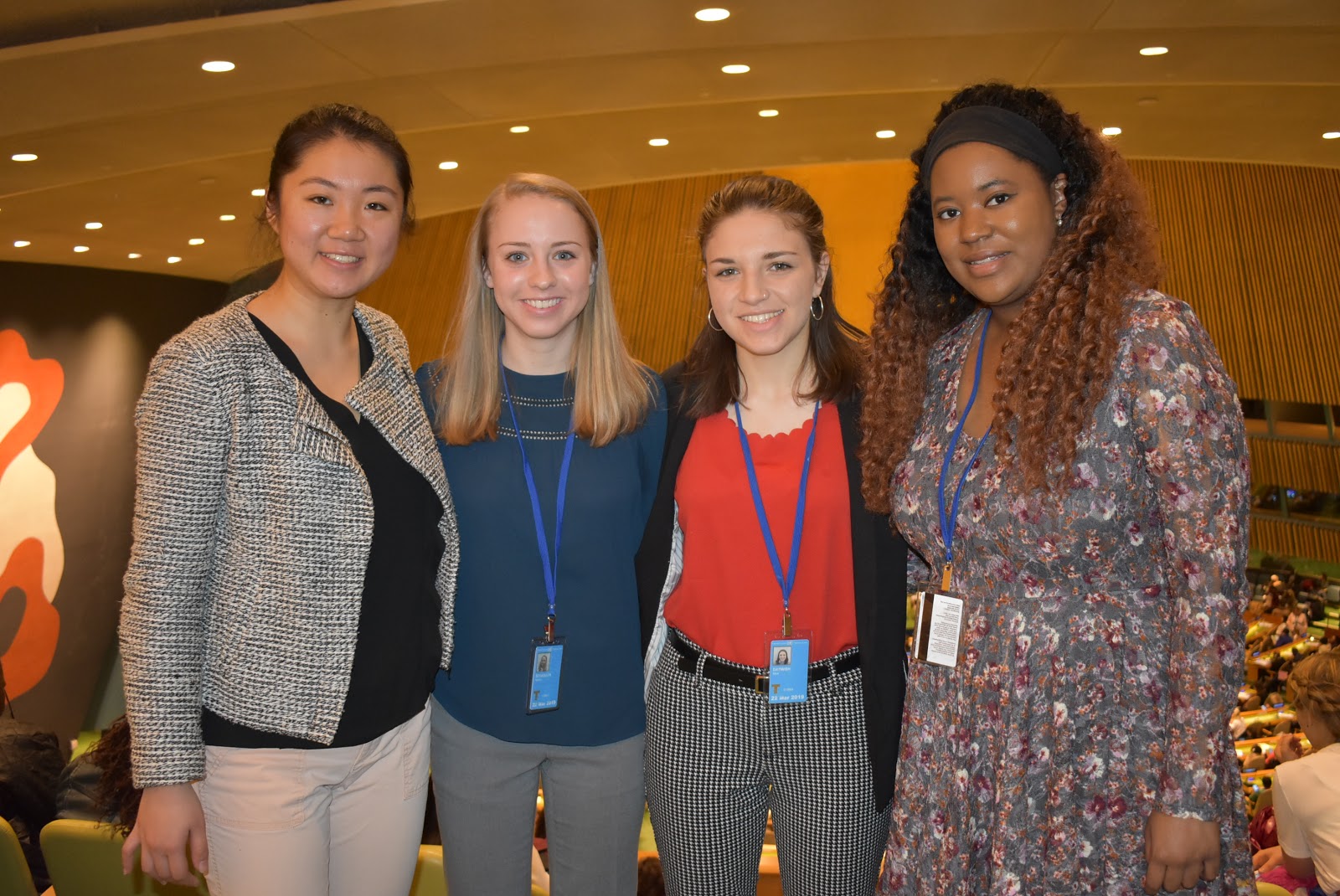 Following this panel, I went to “Sexism, Harassment, and Violence Against Women Parliamentarians.” The panelists emphasized the importance of ensuring reporting resources are made public. Additionally, they spoke about ensuring that boys and girls both understand the importance of gender equity at a young age so that they have the ability to speak out regarding injustice and will influence others around them to become better advocates.

I then attended “how can digital tech support gender equality in MENA regions.” This was not a topic I had ever studied extensively prior to this conference, and I appreciated the opportunity to learn more from experts. The part of the panel that resonated with me the most was a quote from a Sweden foreign minister that said, approximately, “We don’t need to give women voices. They already have voices. Our job is it listen.” I also appreciated the conversation about investing in context-specific local tech needs and offering incentives for women to remain in the labor force.


My last event of the day was in the ECOSOC chamber, entitled “The Gender Effect of Leave & Care Policies: stronger with dads involved.” This was a part of #nordicsolutions and featured female leaders from Norway, Finland, Iceland, Denmark, Sweden, Faroe Islands, and South Africa. This event was extraordinary. It was so powerful to see multiple women leaders discussing issues in a collaborative and passionate manner. They discussed the paid leave policies in their countries, difficulties that they’ve faced, and remaining steps forward. I am very grateful I got to hear their thoughts on such an important issue, and engage in a conversation about the critical necessity of bringing more men into the home. 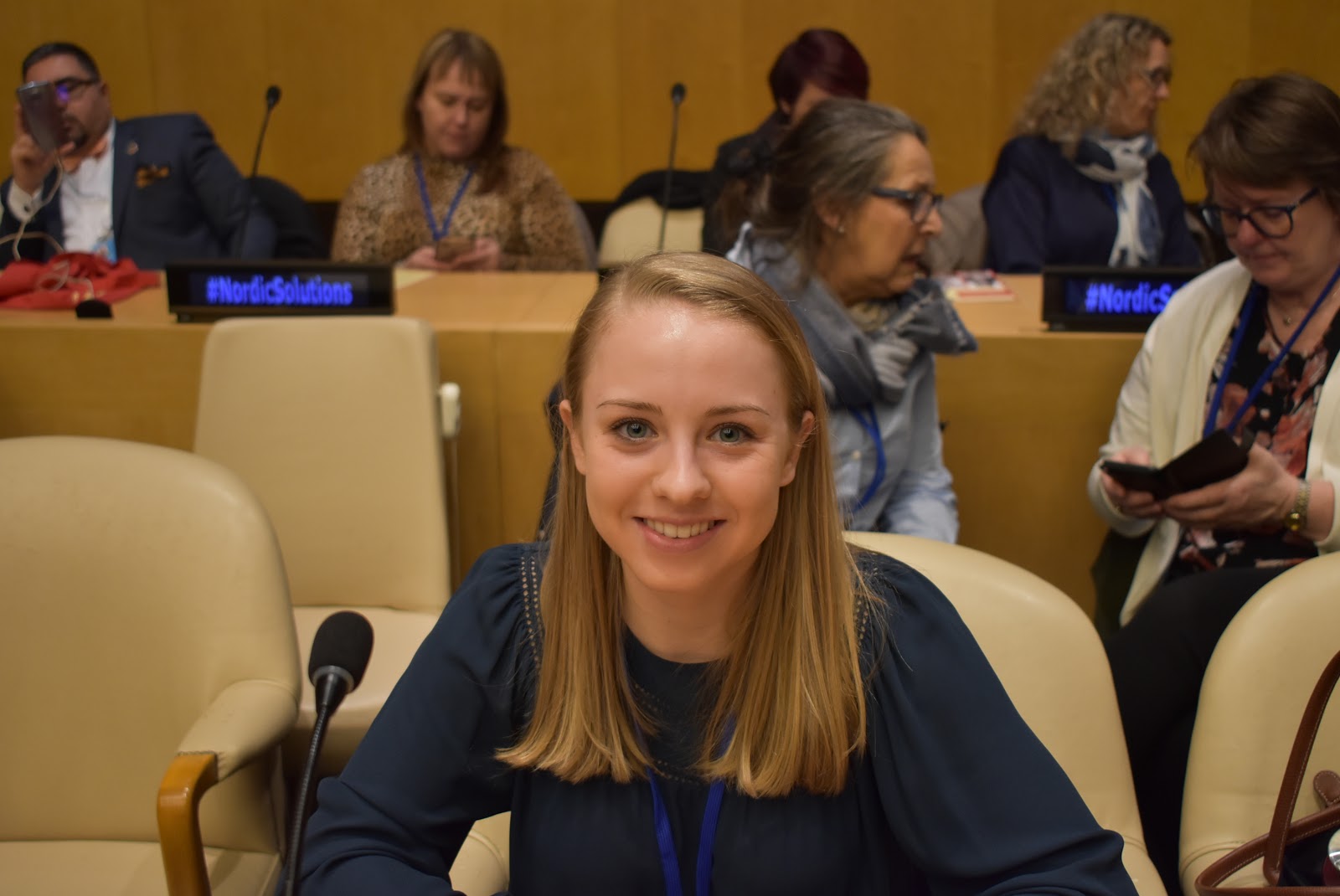 At night, we met with students from Nigeria, Nepal, Russia, and Indiana University. Listening to, collaborating with, and presenting to other young activists is an immensely rewarding experience and I was so impressed with their stories of commitment to activism from their home countries. I certainly hope that our paths cross again and am glad that I got to spend the end of an amazing day with the fellow future leaders of the world.
Posted by Amelia Steinbach At 12:01 AM